This is one of the first books I downloaded for my Kindle app and I’ve finally got around to reading it. I read it the majority of it in one sitting as it’s quite short and well written too. It mostly reads like a rant but a hilarious (think Tom Sharpe) and eloquent one. I can identify with some of it, what with working in the hospitality industry and all.

Many of the stories of his encounters with customers are unbelievable. It’s very funny and yet tragic at the same time. In the line of work that I’m in I find that I ask myself the same questions of myself as the author does: Is it all worth it? etc. Fortunately my situation is much better than the one depicted in the book. In many ways I am very lucky.

This is a good book: short, humourous, easy to read and plenty to think about. 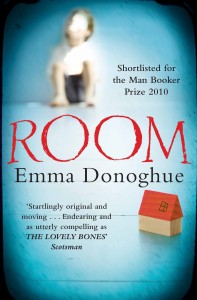 I picked this book up last night and I could not stop reading it until I got to the climax which is, unusually, halfway through. By that time it was 2.30am. I finished it today in what seemed like no time at all.

This book is very good indeed: original, urgent and convincing. It’s obviously based on the Elisabeth Fritzl case but this tale is told through the eyes of a 5 year old boy who has grown up knowing nothing other than ‘Room’. The book is not as horrific as the subject matter, in fact it has a rather positive message. Recommended. 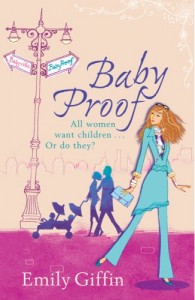 I think I reserved this book because it was recommended on some childfree website or article. Anyway, I just finished reading it. It reminded me a LOT of Sex and the City because it features a cast of good looking, smart women, it’s set in NYC and it’s just fun. It’s an easy read which is sassy and romantic in equal measure. The only thing that disappointed me a little is the heroine’s change of heart at the end, but not enough to spoil it for me. I didn’t expect to say this about something that must surely be classed at chick lit but it’s actually quite good. 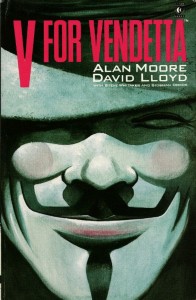 I love the film of this and I’ve watched it twice. I thought I’d read the comic to see how it compares. The book is good but I didn’t enjoy it as much as the film. I was expecting something like Maus but the illustrations weren’t as striking and occasionally I couldn’t figure out what was going on from the pictures. Also I was expecting the pages to be glossy but they weren’t.

The annoying thing about V is, while is it without doubt very striking, that I don’t entirely understand what it’s about. There are loads of ideas thrown into it but, unless I am missing quite a lot, not much is tied up by the end. I comprehended the film better but even that left me baffled at times.

In spite of my confusion, I think this is a fine piece of work: very thought-provoking and absorbing. 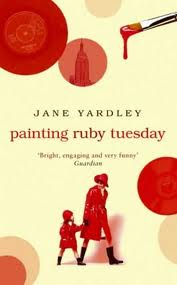 This is my reading group’s book of the month. It’s an easy and very enjoyable read which has some odd features including synaethesia and a spate of murders from protagonist Annie’s childhood. There is a slightly unsettling air to the book which sits uncomfortably next to the humorous episodes.

I kept reading to find out the solution to the murder puzzle. I had guessed one part of the solution but not the other. Anyway, years later when Annie is revisiting the past, it turns out that who dunnit is less important than Annie’s future. 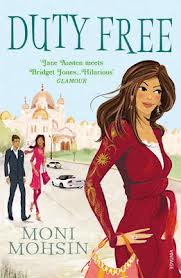 This book reminds me a lot of my Indian community, or should I say certain members of it. It’s written as a Pakistani lady would speak English and I can hear her voice; it’s very well done. I’m not sure whether someone who didn’t understand both Hindi and English would fully appreciate it though. Sometimes the way the narrator mixes English words up is a bit far-fetched but the ‘Indianisms’ are so good that they make up for it e.g. ‘I’m so depress, so depress that don’t even ask.’

A pleasant read which pokes fun at society ladies, superstitions and more. It touches on the dark side of living in Pakistan but is ultimately uplifting. 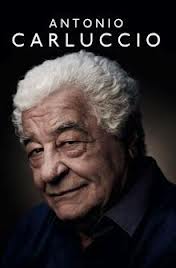 I just finished reading this on my Kindle. I’ve always liked the Carluccio cafes and shops. I’ve had some really good times at one of his London cafes, including a wonderful Valentine’s Day meal with Mark in February 2004 and most Christmasses I buy at least one of his pannetones.

I didn’t realise that he had led such a varied and at times tumultuous life. I’m very glad that he has ‘come out’ about his depression and all its manifestations, including self harm. The book highlights what a passionate and caring and yet fragile man he is. A very good read indeed. 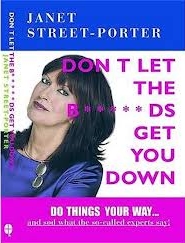 I spotted this book at the library and thought I’d give it a go because I like Janet Street-Porter. The book is set out like a magazine: there is colourful print, different font sizes and there are photographs and illustrations on every spread. It reads like one of her Daily Mail rants except this is longer. So it’s not a heavy or lengthy read but it’s still quite good because she makes some valid points. I can’t say I learned much that is new but I am inspired to make some small changes in my life.

The best bit of the book is on the last couple of pages:

Milan Kundera wrote a novel entitled The Unbearable Lightness of Being. It was a reaction against Nietzsche’s theory that every event in the world will ‘eternally return’ i.e. happen again. Kundera says you’ve got one life to lead and nothing repeats itself. ‘Lightness’ means that decisions and events aren’t that important.

Lightness is also not accumulating too much stuff to worry about.
Too many possessions.
Too many handbags, cars, frocks, and potted plants.
In the end, friends are your most valued possessions. The state and bureaucracy are something to be kept in check and not allowed to dominate your precious time.

Lightness means removing these unnecessary weights from your shoulders. 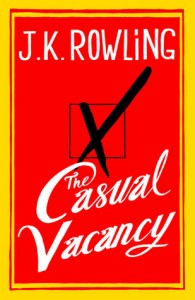 I wanted to read this so I made a library reservation. But I was so far down the queue I thought I may as well use my Audible credit and listen to it instead. I’m so glad I did. This is an excellent audiobook with the narrator Tom Hollander bringing it to life perfectly. I’ve listened to audio samples of other books and some narrators have irritated me so much I’ve known I could never listen to the full version, however good the actual book is. But TH is fantastic. My only very mild criticism of him is that he doesn’t do a Brummie accent very well but that is just because my ears are more attuned to that kind of thing than other (non-Midlanders) would be.

So, the writing. The Casual Vacancy is a dark, menacing book, full of unpleasant people and shocking scenes. While I was listening I found myself dreading the next awful event; though compulsive, it’s not a happy read. JKR has written a wide range of characters with conviction. I was glad to have a character list printed out when I first started the book but as I progressed I got to know them and the list became redundant. The teenagers in particular are so realistic that it’s painful. They are so well observed that I was hurtled back to my teenage years. JKR has used the book to comment on modern society and I think she does it well, without slipping into preaching.

There has been a lot of criticism of this book in the press. I suppose there was bound to be after the huge success of Harry Potter. But in the end, the proof of the pudding is in the eating and I loved listening to this book. 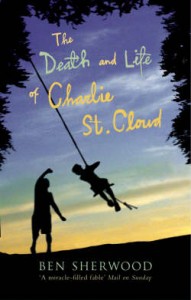 This is my reading group’s book of the month. I read it last night in one sitting; it’s very easy to read. It’s one of those books that reads more like a film than a novel, especially with its beautiful lead characters and dramatic settings. I quite enjoyed the romantic aspect of it, which is very well handled; it feels fresh and innocent. But overall this book isn’t for me. It’s unchallenging and mawkish. Also I couldn’t help thinking that The Lovely Bones got there first with the idea of exploring the afterlife.